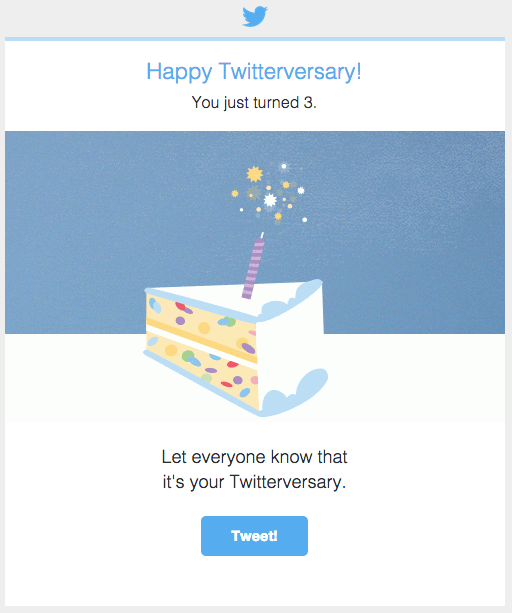 So apparently today it has been three years since I created my twitter account, yay! However I feel like it was just a year ago that I started using it seriously… maybe 2? Was I using it before? I definitely think I had a “disconnection” period from twitter at some point…

I was asking myself these questions on the bus today, so I decided that it could be a fun exercise to actually answer these questions with facts. How? Well, fortunately you can pick up all the information you want from twitter using their complete API, and that’s what I did :-).

Just with a first call to the /account/verify_credentials.json API, you already get a lot of information:

Isn’t it cool? One day like today in 2011 I created my account, and I already have some of the stuff I wanted:

This plot represents the number of tweets over time: 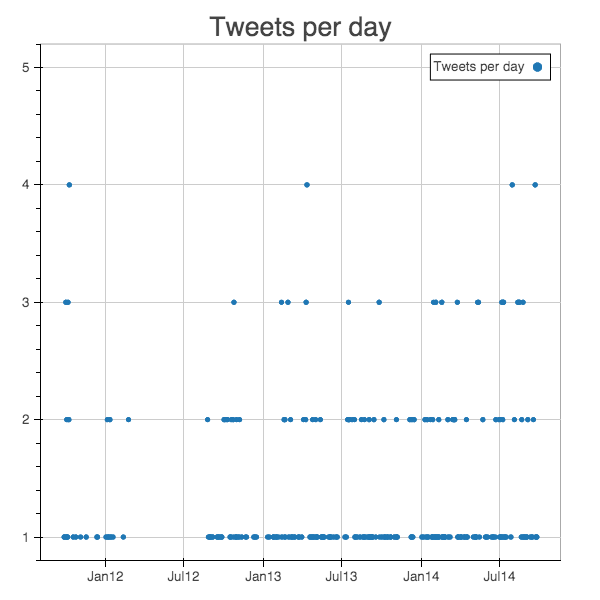 As I suspected… I was actually some time without tweeting anything: From February 24th 2012 to Aug 26th 2012. Not a year, but a couple of months.

I find interesting my tendency of not tweeting more that once per day. This is something that I actually try to do consciously, I find annoying people that tweets too much and floods your timeline. Yes okay, sometimes I can tweet 2, 3 or even go crazy an throw 4 tweets per day, but not too often.

Now, we may want to be a bit more precise, right? For example this number, 376 tweets… how many are actually mine, and not retweeted? Twitter API documentation says:

So if we group the tweets by the field “retweeted_status” it turns out that only 173 tweets are mine! Thats slightly less than 50% of them. I think it’s ok, a good balance between speaking and listening.

It is actually fun to play around with the Twitter API, you can keep answering silly questions like the one before:

I think that you get the idea. I highly recommend you to play around with this, it is quite fun! And you don’t have to code anything if you don’t want to, just use the ipython notebook that I wrote for doing my analysis, either raw code or the final result. There are lots of explanations about what I’m doing :-)